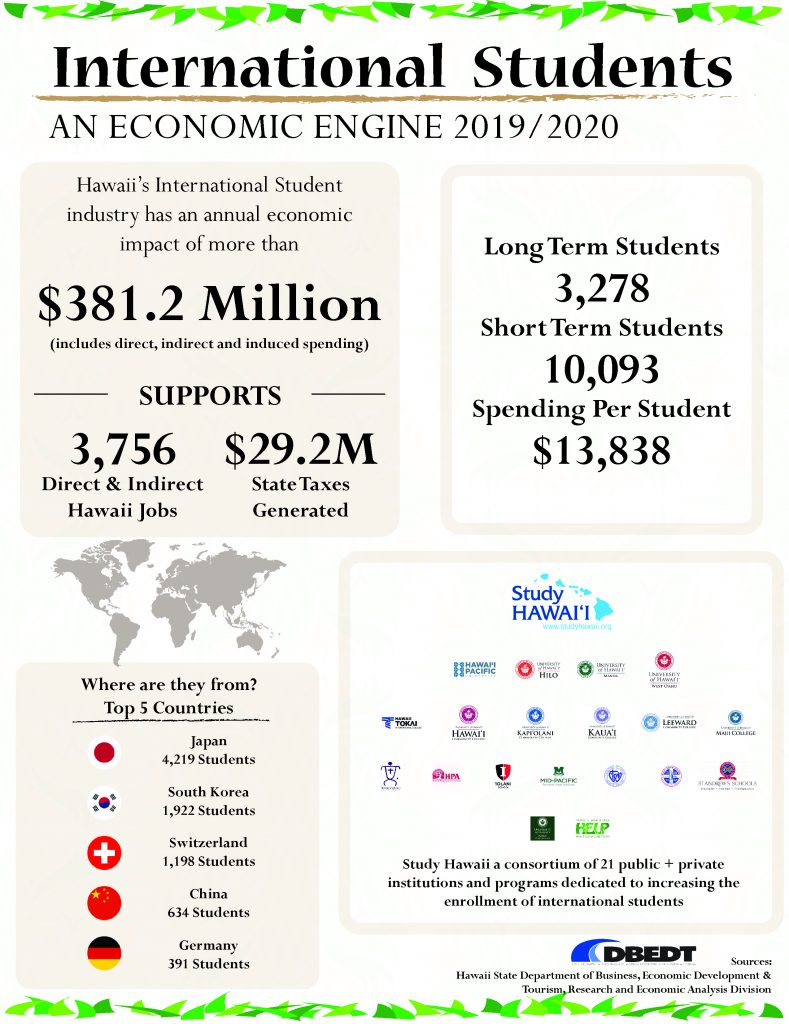 HONOLULU – The state Department of Business, Economic Development and Tourism (DBEDT) released a report today which analyzes the impact of international students on Hawaii’s economy.

DBEDT’s Research and Economic Analysis Division (READ) made the estimates and prepared the report, while the Business Development & Support Division (BDSD) led the state’s efforts for international student exchange.

“The Economic Impact of International Students in Hawaii – 2020 Update,” shows the direct spending by foreign students in Hawaii was $185 million for the calendar year 2019. This estimate includes the total living expenses and institutional tuition and fees.

The Study Hawaii consortium of 21 schools in Hawaii is the association promoting the industry and actively recruiting international students.

Including the ripple effects, the total economic impacts of international students are as follows: