Shochu Made in Hawaii

KAMPAI! That’s the word you’ll be hearing when you visit 45-year old entrepreneur Ken Hirata on his 10-acre farm that is now “open for business” and features his now certified and operational shochu-producing distillery. Ken, an entrepreneur from Japan, whose parents used to live in Hawaii, dreamed of one day returning to live and work in paradise. “I really liked the lifestyle, “ he is quoted as saying. “Hawaii has been like my second home. I’ve always had a special connection with Hawaii.”

Ken left a lucrative banking job in Hong Kong and apprenticed for four years under a master distiller of Manzen Shuzo Co. Ltd in Kagoshima, a southern prefecture of Japan. Kagoshima is known for originating “imo shochu,” using sweet potatoes. With an estimated 100 shochu distilleries in Kagoshima, the region produces more than 830 million pounds of sweet potato annually compared to an estimated 8 million pounds produced in Hawaii.

His first imo shochu production of 3,000 bottles was declared ready for sale in mid-September 2013. “It’s a high-end product,” Ken said, “made in Japan’s finest tradition. Hawaii has the best water, climate and growing conditions to help make this product great.” Ken Hirata and his wife Yumiko are now one of only two producers of shochu in the United States — and the only shochu producer in Hawaii. The second producer is San Francisco-based Smooth Spirits LLC. Ken’s first production is being marketed in Hawaii under his “Namihana” label, but he is already looking at opportunities to export the highly sought after Hawaii-made shochu to Japan.

According to Andrew Gomes with the Star Advertiser, Shochu is an ancient beverage that, for most of its history was upstaged by sake, brewed rice wine. Unlike sake, shochu is distilled and can be made from a wide range of sources, including rice, wheat, barley, fruits and vegetables. The liquor is often compared to vodka for its clear appearance and neutral flavor, though shochu’s alcohol content is typically about half as much as vodka’s, or about 25%.

• A loan program administered by the State Department of Business, Economic Development and Tourism.

Qualifications: Borrower’s enterprise needs to be related to agriculture or diversified agriculture. Borrower must be turned down (for the loan amount) by two conventional financing institutions (banks and/or credit unions). 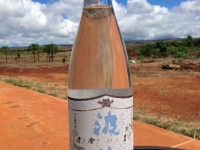 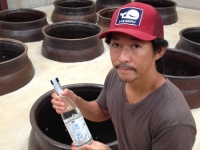 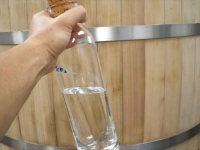 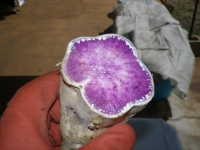 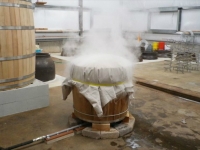 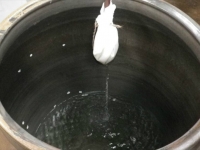