Steps and Procedures to Start/Establish/Connect Your Business in China

Steps and Procedures to Start/Establish/Connect your Business in China

Knowing your business is ready to enter the China market but unsure about where to start? This seminar will give you an understanding about doing business in China as well as developing relationships with buyers in China. Register here. 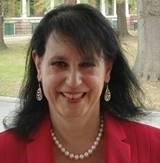 Bonnie Girard has lived and worked in China for half of her adult life, beginning in 1987 when she studied at the Foreign Affairs College in Beijing. In 1996, after nine years in China and having worked for European multinational telecommunications companies in their China sales and operations throughout the country, she founded China Channel, the first independent consultancy providing due diligence for foreign companies coming into the Chinese market. In the years since, Bonnie, British husband and partner Roland Evans, and her colleagues in China have handled China issues for clients as diverse as Lloyd’s of London, IBM, the Commonwealth of Virginia, the U.S. Trade and Development Agency, and Brunswick Bowling.

Bonnie is a Phi Beta Kappa graduate of the University of North Carolina at Chapel Hill. She has been responsible for the negotiation and implementation of over $1 billion worth of contracts in China, and is a frequent speaker on Chinese business and political issues. Bonnie grew up in Washington, D.C. and Virginia, in a family long active in government, foreign service, academics, and journalism. She handles all of her personal and professional business in China in Mandarin Chinese.

Michael Zhang also known as Uncle Trendy in China who studied nuclear physics in China, Michael has been living in Hawaii for 30 years and he has been engaged in action sports and streetwear industry for more than 20 years. He is one of the most iconic figures in China’s action sports and streetwear culture. He is praised by the Chinese media as “The Godfather of Chinese extreme sports”, “The bridge between Eastern and Western extreme sports” and “The advocate of Chinese Streetwear culture”. Michael founded Blue Hawaii in 1996 and grew the brand to become one of the most famous brands of extreme sports and streetwear fashion in China. The IP community platform of “Uncle Trendy talking Streetwear Culture “was established by him early this year had become the most influential community across industries in China’s fashion space.

“Uncle Trendy talking Streetwear Culture “online and offline brand training bootcamp had gained popularity by the local government, prominent brands, manufacturers and designers. Michael is the pioneer who brought the extreme sports from an underground activity to mainstream. Aside from Blue Hawaii, Michael consults with domestic and international brands and public trade companies (such as the Karing, Quicksilver, Volcom, Burton, Billabong, Stance, Li Ning, Kappa etc.)