International study abroad opportunities have become challenging for students from China interested in studying in the U.S. This seminar will introduce educators from Hawaii and China who will provide you with insight about future opportunities to attract students from China to Hawaii. Online education and other opportunities between China and Hawaii programs may create new ways in maintaining cross-cultural connections between our regions. Register here.

Feng Yunying, Vice Principal of Shijiazhuang Foreign Language Education Group, Dean of the Language Committee of SFLEG, English Master Teacher of the Capital City of Hebei Province, Excellent Teacher of Hebei Province and the nation. She is mainly in charge of the language education in SFLEG.

In 2014, SFLEG took the initiative to set up Global K-12 Education Research Association and now it has 127 member schools from 16 countries. The association holds annual conference to discuss hot issues of common concern in the world of K-12 education. The goal of Global K-12 Education Research Association is to take the lead in the development of K-12 education worldwide. 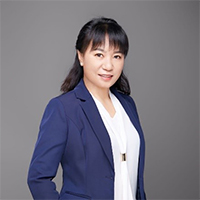 Joyce Q. Jia earned her PhD in Education from University of Hawaii at Manoa(UHM). She was a recipient of International Fellowship of Ford Foundation, a doctoral scholar at East West Center (EWC), and a visiting scholar at Harvard Graduate School of Education. Her PhD dissertation was published on International Journal of Educational Development in Britain. She had studied and worked in the educational field in U.S. for 12 years. Due to her dedication to education, she accepted the role of Institutional Researcher after receiving her PhD from UHM. Later, Joyce advanced to the position of UHM China Regional Admission Director. She was tasked with introducing UHM and Hawaii to China. Since taking helm of this position, she had extensively strengthened the relationship between various institutes in China with UHM especially in the cultural and idea exchange between administrators and faculty.

In January 2020, she published her maiden work Enjoy your children while they are on your side with the support of the China Writers Publishing House in Beijing. This book is widely read and liked by teachers and parents. Joyce is now working on the English version of this book and hopefully can get it published in U.S. soon. Joyce currently works in the Research Institute of Educational Science of Jishou University in China. She has been actively involved in different activities in the field of education and is also engaged in programs that support rural left-behind children and their teachers & parents. In addition, Joyce continues her voluntary work to supports Manoa’s China Recruitment by introducing Hawaii and Manoa to Chinese parents and students. 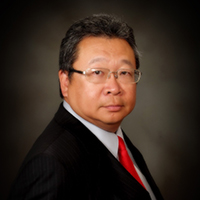 Amos Hsia was born in Taiwan. He graduated and got his Bachelor of Science in horticulture from National Taiwan University in 1977. Continued his study in horticulture and got a Master of Science in horticulture from NTU in 1980. Amos then went on with the mandatory military service for 2 years and continue to Virginia Polytechnic Institute and State University for advanced study and worked for USDA for 2 years. In 1984 he got his second master of science in plant pathology and weed science from VPI&SU and moved to California to further study in computer technology at California State University, Northridge. He was also employed by CSUN as Maintenance Manager from 1984 and worked on computer and telecommunication network maintenance till 1989. In the meantime, he also received his third master of science in computer engineering from CSUN in 1986 and PhD in Telecommunication from National University in 1987.

Amos took the second change of career into private industry beginning 1989 and served as President and CEO for several telecommunication manufacturing companies.

After 12 years of corporate life and very tired of corporate management and traveling, Amos took an early retirement from the industry in late 2001 and went back to teaching in 2002. He started as a substitute teacher and fully credentialed in 2003. He taught middle school, high school computer technology, math and Chinese. 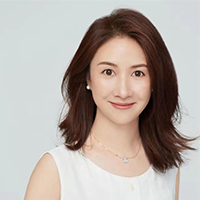