Hawaii Governor David Ige and Okinawa Governor Takeshi Onaga signed a Memorandum of Cooperation (MOC) for Clean and Efficient Energy Development and Deployment during the “Hawaii-Okinawa Energy Innovation Forum,” a historic event held on July 10, 2015, in the Chamber of the State House of Representatives, Hawaii State Capitol.

The Forum was held in recognition of Hawaii’s sister-state relationship with Okinawa Prefecture. Both jurisdictions have exchanged economic, scientific, educational, governmental and business activities that have fostered goodwill and enhanced economic cooperation and advancement between Hawaii and Okinawa. The Hawaii-Okinawa Partnership on Clean and Efficient Energy Development and Deployment was signed by the United States Department of Energy, the Ministry of Economy, Trade and Industry of Japan, the State of Hawaii, and the Prefecture of Okinawa on June 17, 2010. The United States and Japan designated Hawaii and Okinawa as the representatives for this groundbreaking partnership due to their demonstrated leadership and experience in clean energy and energy efficiency.

Over 200 attendees from Hawaii and Okinawa joined representatives from the State of Hawaii, Okinawa Prefectural Government, U.S. Department of Energy, Japan’s Ministry of Economy, Trade and Industry (METI), Japan’s Department of Commerce, Industry and Labor, Hawaiian Electric Co., research institutions from Japan and Hawaii who discussed strategies under a five-year extension of the MOC.

The second phase of the Hawaii-Okinawa partnership will include collaboration on grid stability; clean transportation; renewable energy; energy efficiency and smart grid technology. Hawaii and Okinawa have finalized a work plan that identifies several joint demonstration projects, such as a “Smart Energy Island” infrastructure buildup project in Miyakojima City, hydrogen fueling station demonstration projects piloting advanced micro grid systems, and innovative energy efficiency solutions. Hawaii and Okinawa also believe that the education and training of local regional professionals are crucial to achieving mutual goals of indigenous energy production for local consumption and tying that into the local economic cycle. In the next phase of the partnership, Hawaii and Okinawa will promote academic exchanges, collaborative research and development between the University of the Ryukyus, Okinawa Institute of Science and Technology, the University of Hawaii at Manoa, and other universities and research institutions. On July 10, 2015, Governor David Ige and Hawaii’s Okinawan community welcomed Okinawa Governor Takeshi Onaga and members of his delegation to Hawaii at a colorful cultural reception at Washington Place.

It was an auspicious occasion that joined together business, government and community representatives from both regions to celebrate and acknowledge Hawaii’s 30th Anniversary Sister-State Relationship with the Prefecture of Okinawa.

Energy was one industry area that Hawaii and Okinawa have been focusing on and discussed during the Hawaii-Okinawa Energy Innovation Forum that was held at the Hawaii State Capitol. There is also strong support and interest in increasing the exchange of students between universities and high schools to expand students’ global orientation. Student exchanges are an important means towards diversity and understanding of different world views in a global economy.

The event culminated with guests participating in kachashi, a traditional Okinawan dance and the singing of “Hawaii Aloha”, a warm and heartfelt Hawaiian song which together, symbolized and solidified the existing bonds of friendship and cooperation between Hawaii and Okinawa. 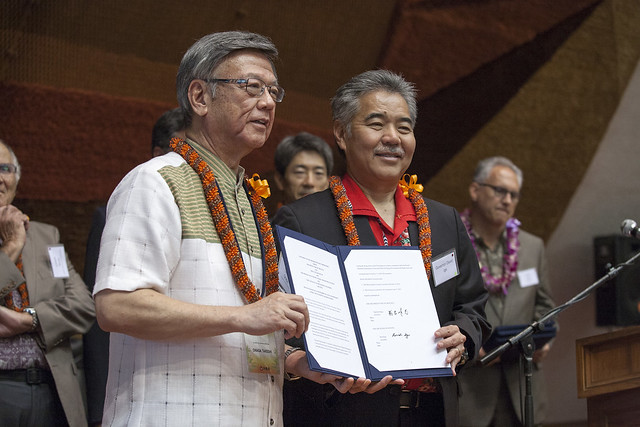 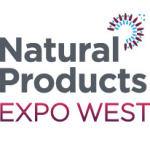