The State of Hawaii and the Jeju Special Self-Governing Province celebrated the 30th anniversary of its sister-state-province relationship on Friday, September 2, 2016, on the grounds of the ‘Iolani Palace.  In cooperation with the Hawaii Korean Chamber of Commerce, the Department of Business, Economic Development and Tourism hosted over 200 people at a reception including Hawaii Governor David Ige, Jeju Governor Hee-ryong Won, a delegation from Jeju, Hawaii lawmakers, and local Korean business and community leaders.  Prior to the reception, Governors Ige and Won signed a Memorandum of Understanding to reaffirm their commitment to the sister relationship and to jointly pursue cooperative programs that will be of mutual benefit economically, socially and culturally to the citizens of Jeju and Hawaii. 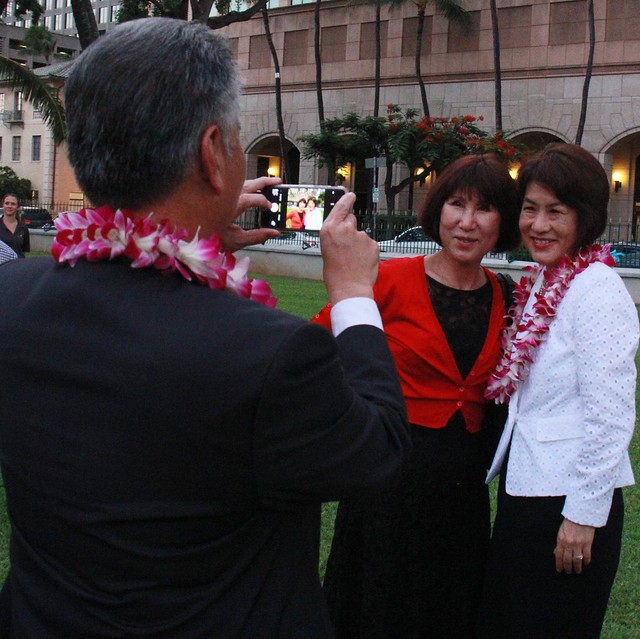 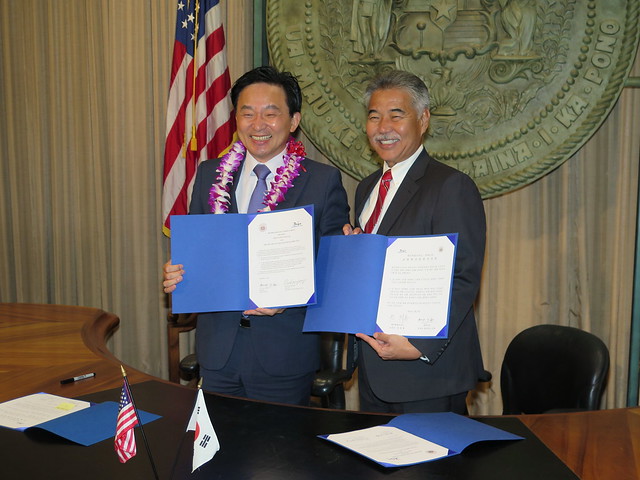