Isle vendors exhibit wares to buyers from across Asia It would be fair to say that many, if not most, Made in Hawaii Festival vendors largely have been cooling their heels since the Statehood Day weekend event at Blaisdell Center, but for some there has been almost no rest.

The event at the Tokyo International Exhibition Center in Japan is a trade show, meaning aside from some media coverage on the first day, the public doesn’t see what goes on.

However, being one of the 55 exhibitors in the Hawaii pavilion is potentially a huge opportunity as the show attracts 200,000 buyers “from all over Asia,” predominantly Japan, said Dennis Ling, administrator of the marketing division of the state Department of Business, Economic Development and Tourism. 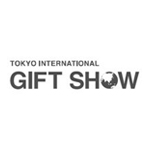